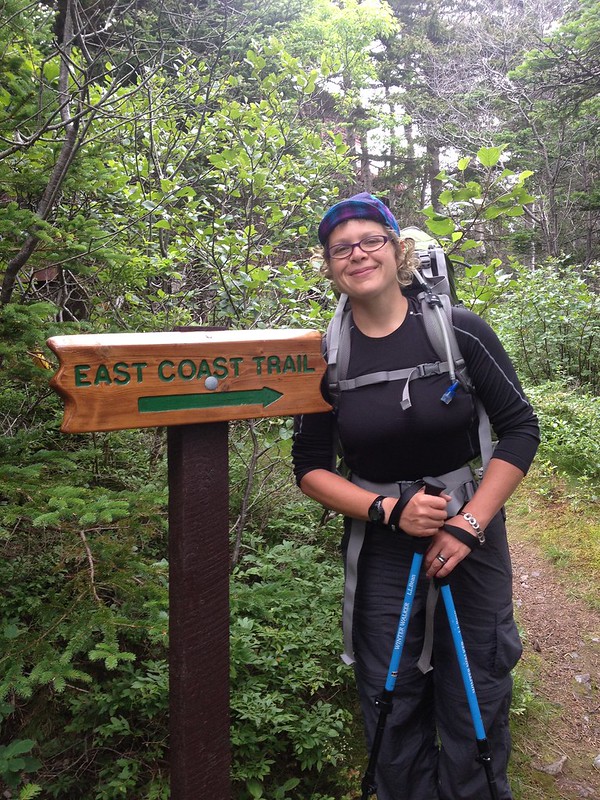 I got back from Newfoundland  weeks ago, but have since been covering the happenings at Skull Fest, a four-day music festival, and camping at Raystown Lake, a great spot about 2.5 hours away from Pittsburgh that is a perfect getaway for mountain biking, swimming, camping, and some much needed R&R (though I did also do some work, albeit in a hammock). Truth be told, after spending two weeks in Newfoundland, I really needed another two weeks to decompress (and to get the feeling back in my toes). You can read one angle of my adventure on my other website, Lifting Weights At Midnight. 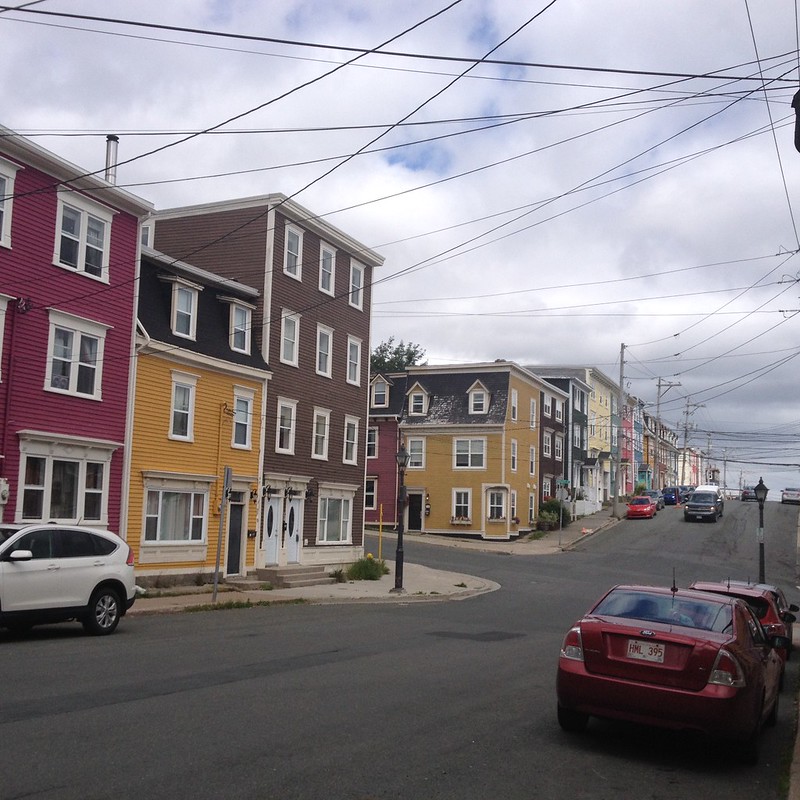 The Newfoundland trip with Writing Walking Women was a year in the making. A year of setting goals and meeting them, realizing plans and actualizing them, envisioning a future and hiking up the long, unmarked trail to greet it. The planning of the conference and hike was much like the experience itself. The opening dinner was at Quidi Vidi Village Plantation, an artist community of workshop spaces where the artists and artisans can also sell their wares. It is also home to Quidi Vidi Brewery, makers of the locally famous Iceberg Beer (made with, you guessed it, iceberg water). It was a perfect start to the adventure, getting everyone warmed up to each other with great local spirits and new twists on traditional plates (seal, moose, cod). 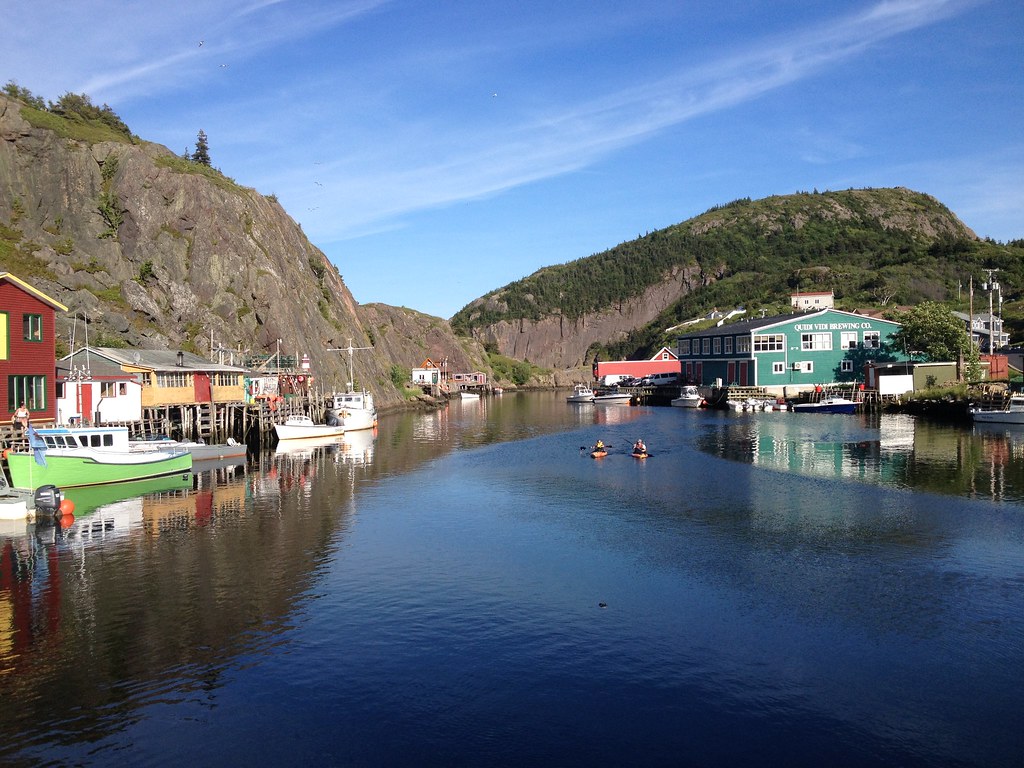 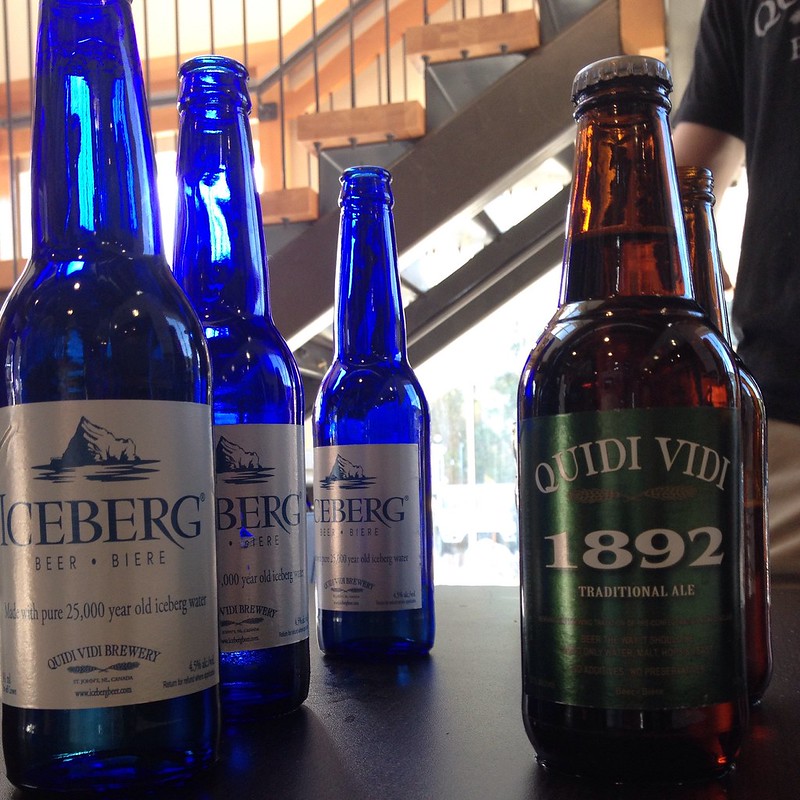 The rest of St. John’s was similarly perfect, with bus tours to small fishing towns, urban hikes through the many Jellybean Rows that make up Downtown St. John’s, and helpful workshops on narrative essays, service writing, and the bones of being a travel writer as a career. I can say I am forever changed for the better by the events established by Jessie Voigts and Amy Gigi Alexander for WWW, as a person and as a professional writer.

Many of our meals were gratefully sponsored by the tourism board of St. John’s, so we were never at a lack for sandwiches, pastries, fruit, or coffee. We did go out into smaller groups for dinner, however, and Gigi arranged for a special tasting at Exile, the rock n roll themed restaurant of the hip hotel Jag. The chef made us specialty meals, including vegan/vegetarian options for yours truly. If anyone out there runs a restaurant and would like to treat me to something of this caliber, please know that I very much enjoyed myself and would be very open to doing it again. 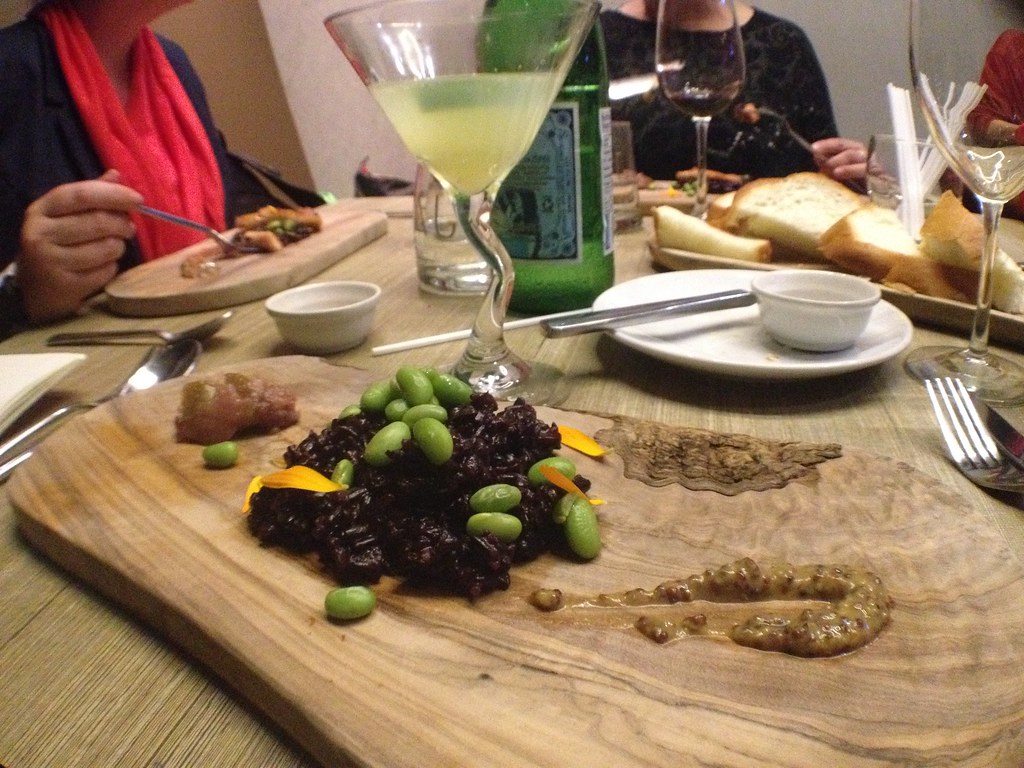 I taught a poetry workshop alongside my friend and colleague, Suban Nur Cooley that went incredibly well. Some people left because it was the afternoon before the hike and some people hiking were concerned about getting to The Outfitters shop for final gear and supply needs; our workshop was scheduled an incredible three or so hours, though, so after everyone wrote, discussed, and contributed their brilliant hearts out, we ended the workshop a bit early anyway to allow the rest of us to also gather our final needs. 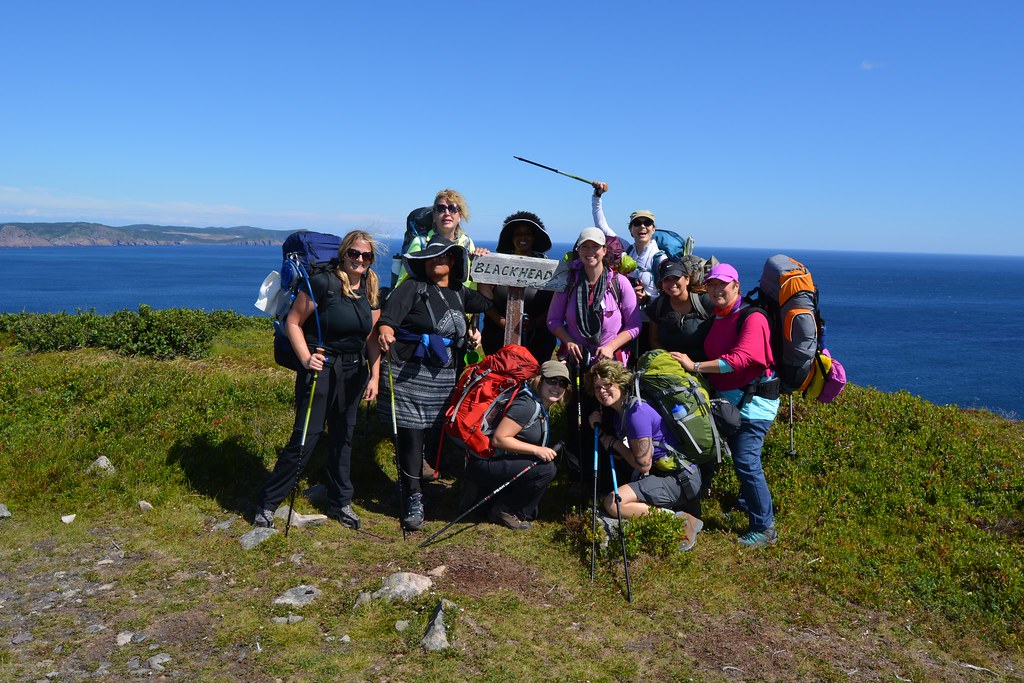 Once we got on the trails, the speed of life shifted. It was somehow much more rapid and constant as well as crept by like a train slowing to a stop it never seems to reach. Because we had pushed so deliberately through St. John’s, taking notes and photographs, it felt like a commuter rail—vaguely aware of stops, smooth but quick, a beautiful view that can be at times difficult to take in and yet, at the same time, everything can easily be ignored to read or eat, time nonetheless propelling you onward. On the trail, each step is deliberate, aware, purposeful. It is as slow or fast as you make it in relation to the other steps. So similar was it to with our travel companions. When someone was a fast hiker, everyone felt the pull of places yet to come; when someone was a slower hiker, there was a lingering. We are only as fast and slow as each other, ultimately, and yet we are completely in control of our immediate speed.

We walked for seven days, taking one day off to stay at a bed and breakfast for some much needed pizza and beer, and an additional day off at the very end to enjoy a swimming hole and end on a high note (though some of us did continue on for a day hike to see what was in store further down the trail). I will say that while I *thoroughly* enjoyed the day of rest in Bay Bulls, and especially the puffins tour we took and chance to meet with Gigi to celebrate her birthday on the trail the next day, the day stopping for a break is what took away our momentum. If I were to do something similar, I don’t know if I would recommend the stop. In our situation, though, it was the best and possibly only option. 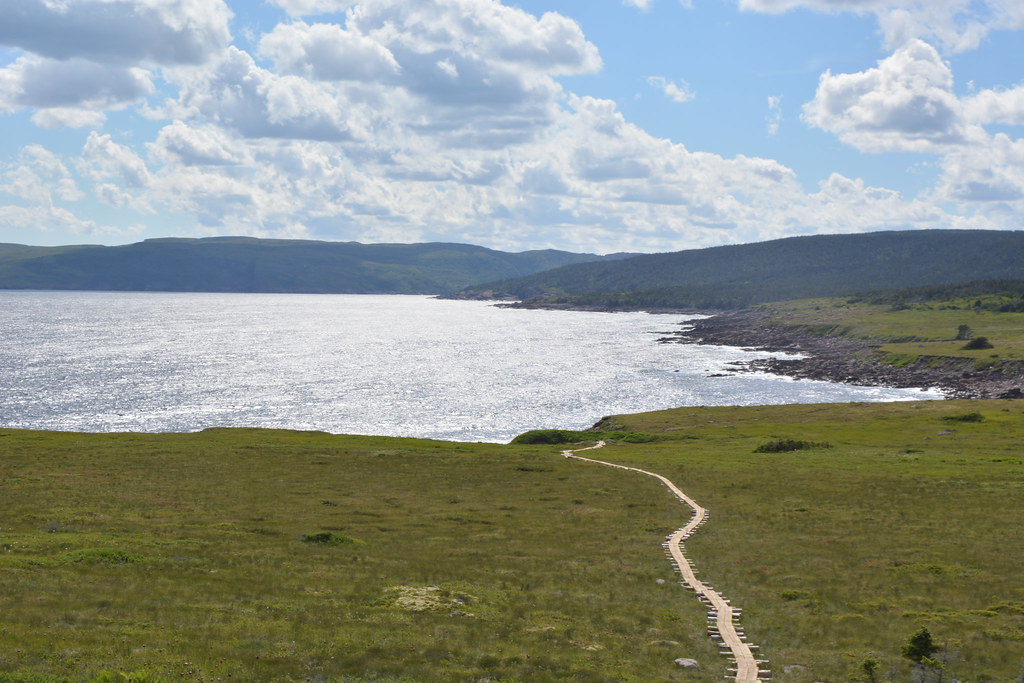 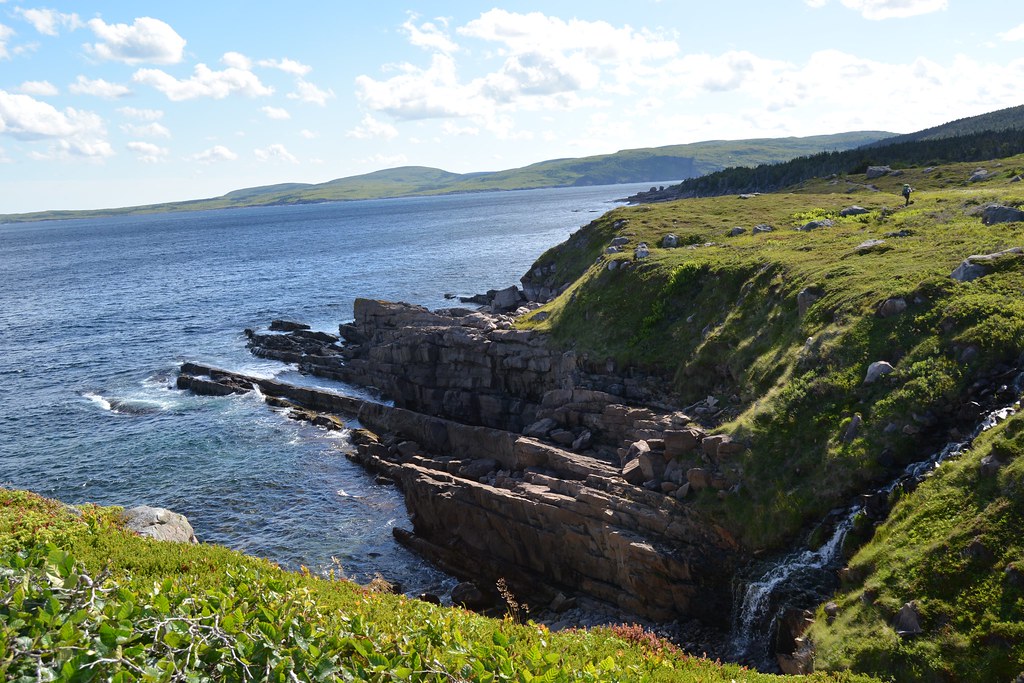 Up until that point, we had scaled rock faces along a coastline, walked up and down steep coastal terrain in the wind and rain, maneuvered over slick rocks and roots, under fallen and bent trees, broke equipment, shared equipment. We walked across creeks, through woods, across open plains; we slogged through a bog up to our mid-thighs while laughing and swearing in Afrikaans (thanks, Erika). One of us had feet that had so many blisters they were practically invisible save for the obvious swollen redness underneath the rash from the bandages; another had a bad cold that seemed to be turning into possible pneumonia, and her cold medicine made her weak and drained of energy for hiking; still others were overcoming injuries that had been plaguing us all year or longer, or else hadn’t had the chance to train as much as they wanted and were feeling that burden now, at the least convenient point on a map. There were tears and screams of frustration. But there were also moose that crossed our path and visited our campsite, there were seals, bald eagles, sea otters, wild edible berries, orchids and roses, fungi and lichen. There were breakaways and pirate coves and waterfall upon waterfall upon waterfall. 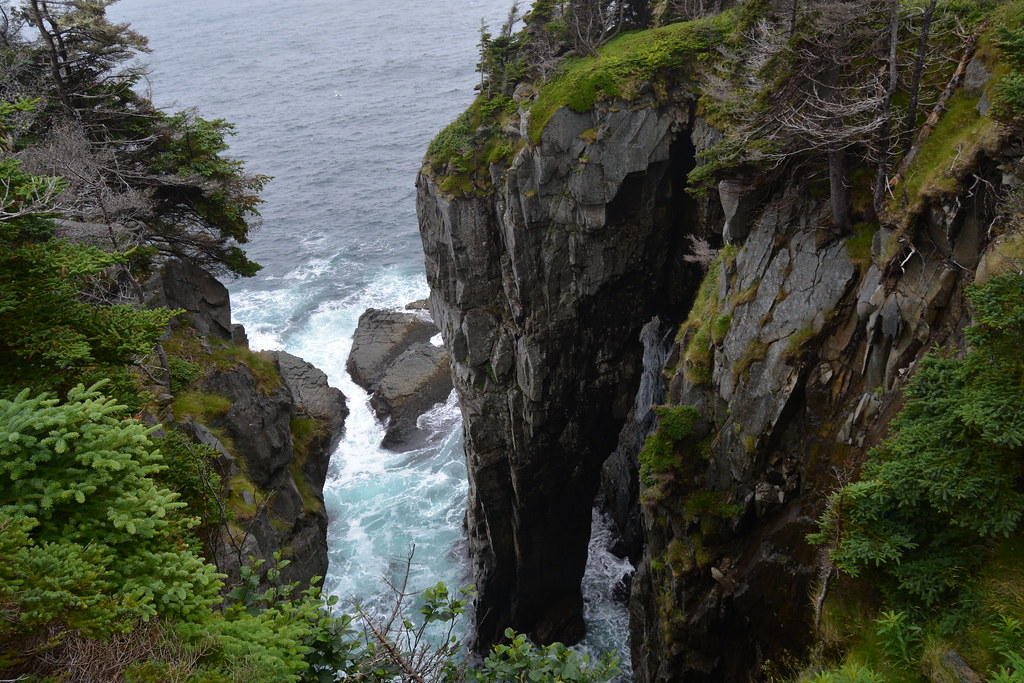 And most importantly, there was the bond of friendship over an incredible experience we were possibly insane to agree to try. Through all of that, we never swore, or lost our tempers, or bickered. A group of women who’d never before met in person came together and made magic out of earth.

I’m trying to collect the websites of those wonderful, vibrant writers who dared to walk with me, and here are a few as I see them:

Paige: All Over the Map

Erika: OrangeDesertSong (from which I shared a post earlier)

Please visit their pages and be as impressed by them as I am! Next up, I will talk about the camper Evan and I just agreed to purchase (it is sooooo perfect) and our plans for world travel, but that deserves its own post, and so does this.